This last week, I was reminded of something as a martial arts instructor. Yes, I already knew it, but every now and then this truth resurfaces. And it is the power of the positive.

But when I say positive, I really don’t mean a “yay, happy, joy, good feelings!” positive, but rather a “Yes” positive.

You see, I was teaching some students how to have better balance on their kicks, and an old class management skill flashed across my brain:
“Use positive correction rather than criticism”

Or, in my own words…

“Stop telling the students what NOT to do, and start telling them what to do.”

There can be fifty wrong ways to do a technique, but there’s often one right way (okay, sometimes two or three, but the point stands). I can be a more effective instructor and waste less time if I spend my time on the YES’s instead of the NO’s.

So what does this have to do with Easter?

A sermon that I heard at Generation Unleashed in Portland sticks out in my mind. “Everybody talks about that ONE tree that God told Adam and Eve not to eat from, but nobody is talking about the YES trees. You know, every single other tree in the garden of Eden that they were told that they could FREELY eat from.”

However, Easter presents this: God is a “Yes” God. Please do not misunderstand…I do not mean to say that God is a “Whatever you want, buddy” God. But God is a Yes God. While many people are pissing and moaning about the things we can’t do because of God’s commands, God is a God who generously gives opportunities.

While many believe that the Church (as God’s representative, imperfect as she is) is asking them to give up their money, God is providing many of us more money than we actually need (if you disagree, yet you own a video game system, then sit your butt down).

While many believe that God’s commands are sexually prohibitive (some would argue that this is the number one reason people walk away from God, conscious or subconscious), God is the one who provided your genitalia, and the correlated pleasure receptors.

While many, like me, have lost a parent or a loved one, or are losing a parent or a loved one, it is easy in a time of incredible tragedy to lose sight of the fact that every previous breath was provided by God, anyway (This is, in no way, meant to “downplay” the pain or the grieving. Rather, please know that God is your friend during this grieving…not your enemy).

And while many have called on the argument of “How could a good God send someone to hell?” (How could God remove us from something so good, like Heaven or eternal happiness/fullness/wellness) Easter represents God presenting an opportunity.

He is risen. For those who like to intellectually grapple with Christianity: This means that Jesus wasn’t full of it…that His message was endorsed by God the Father Himself, because what other explanation makes sense?

Easter. He is risen.

The opportunity is given. God’s yes is given.

“For all the promises of God find their Yes in him. That is why it is through him that we utter our Amen to God for his glory.” (2 Corinthians 1:20, ESV) 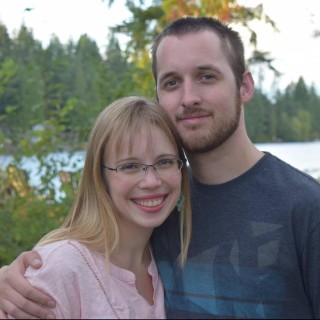